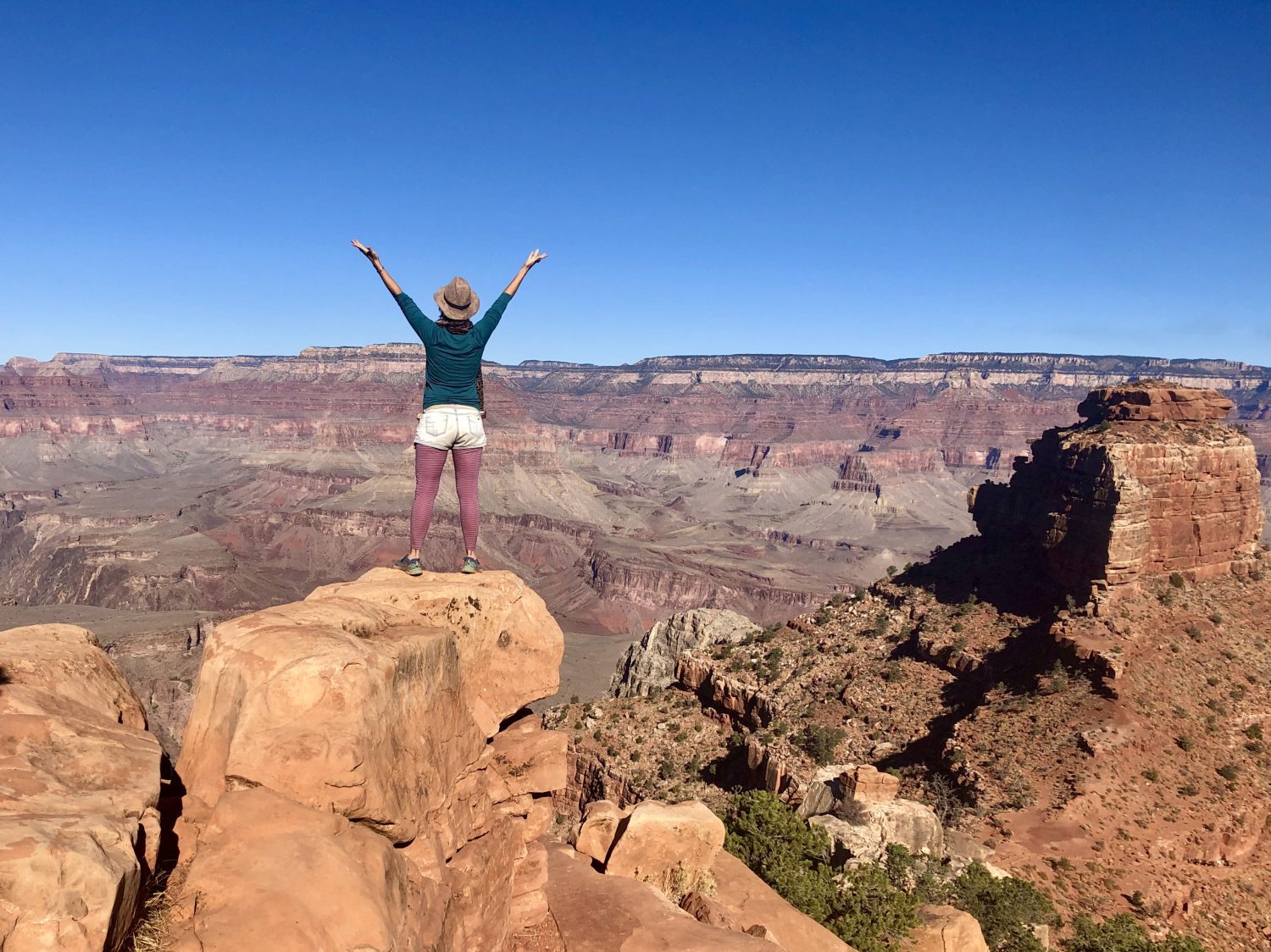 I was in the Grand Canyon yesterday. It started calling me a few days ago, so I knew I was up for an adventure. On my way in the car I started feeling somewhat unstable and emotional. Lots of energies where swirling around. When that occurs, I know I’m being prepared for something that is about to happen, so I just allow the energy to move, no stories, just sensations. From the moment I arrived, the stability came back and I felt energized to hike the trail into the Canyon.

Suddenly, after an hour of descending a slippery and icy path I felt the energy building up. That’s the sign that I am about to record a transmission. I sat down on the edge of a steep cliff and looked around. Suddenly my vision changed. Instead of seeing the rock formations just as physical massive red rocks, I could see (with my physical eyes) that I had arrived in another dimension. The Grand Canyon rocks showed their higher dimensional state. I was surrounded by mesmerizing crystal castles and temples: all portals to receive the higher dimensional frequencies. It looked very familiar. I’ve seen them in visions and know that I travel there in my dreams. A wave of love washed over me, remembering this as of one of my galactic homes.

A indigenous man stepped forward and invited us to follow him. (With 'us' I mean me and the people who are going to listen to the transmission in the future). Instantly we arrived in a meeting of the Galactic Federation where countless representatives of different star systems and galaxies where present. And that’s when the transmission started coming through… As a spokes person of the ‘ground crew’ on Earth, information is being exchanged through my vessel. It goes both ways: new high frequencies come to Earth and at the same time updates are being given to the council about what is going on here in our world.