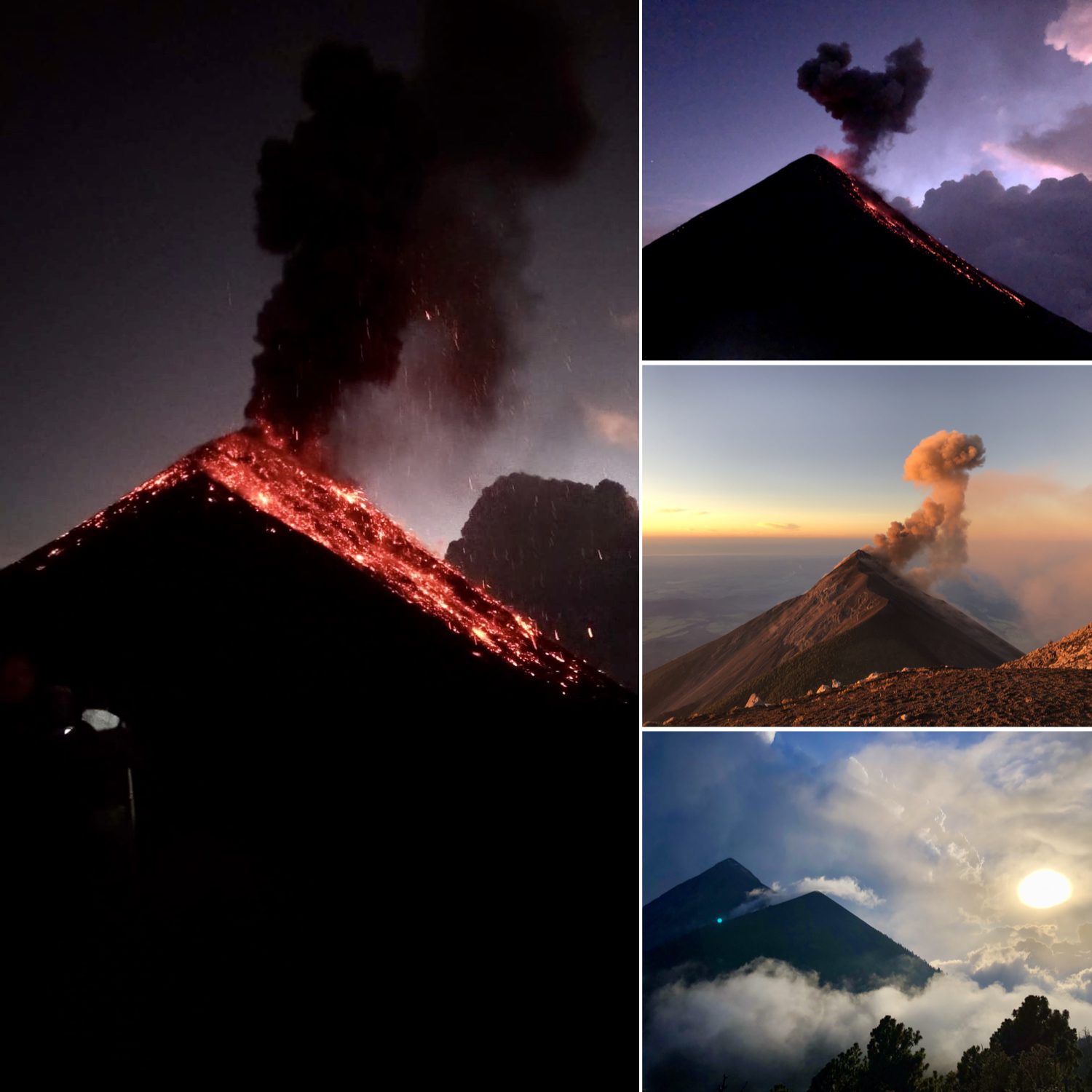 As I posted in my previous blog (A Call of Volcanoes). I went to climb Acatenango volcano and the very active Fuego volcano last Friday and Saturday. Well… that was quite something. After arriving at the base camp of Acatenango, I started recording my first transmission, while having a perfect clear view on Fuego. As soon as the sounds came through the clouds came in. More and more, until it was completely clouded, no view anymore. Nothing. “Hmm… this is interesting,” I thought. During my volcano visits in Costa Rica, the clouds would leave, but this time it was the opposite! Oh well… if I’m not supposed to climb Fuego, I’ll just stay here on Acatenango and see the Fuego eruptions from here.

After a while the guide decided that it was too cloudy to climb Fuego. I walked up to him and asked if there was a chance that we could climb anyway, despite the clouds. At least we would have the chance to be super close and experience the rumbling and bursting of Fuego, with or without view! “Ok, if you really want this, let’s do it!” he said.

And that’s when the magic happened…
Again.
The clouds disappeared in one minute.
Gone.
It was all clear again…
I smiled a BIG smile.
So I was supposed to come closer to Fuego…

The challenging climb brought me closer and closer to this massive fire mountain. Instead of feeling tired after so many hours of climbing that day, I just felt lighter and lighter. Excited and so happy that everything was working so perfect. Every five to ten minutes a sound of immense thunder rolled in and Fuego would spout lava into the air. We walked across a ridge to get as close as allowed. Many people thought our little group was just too crazy to go on this risky adventure, but there was not one piece in me that was feeling any fear. The closer the better!

Again, I felt so at home. While recording the transmission, the lava was bursting out of the crater and covering a large part of Fuego’s summit. My every cell was alive. It was impressive and it felt so familiar at the same time. I was on top of the world! That night, back at the base camp, I hardly slept, too awake and so grateful, feeling every eruption in my body and listening to the bursting sounds of the deepest power of Mother Earth.

PS: If you plan on going to Guatemala and hike to Acatenango (and maybe Fuego), Wicho & Charlie’s is a great agency to consider.