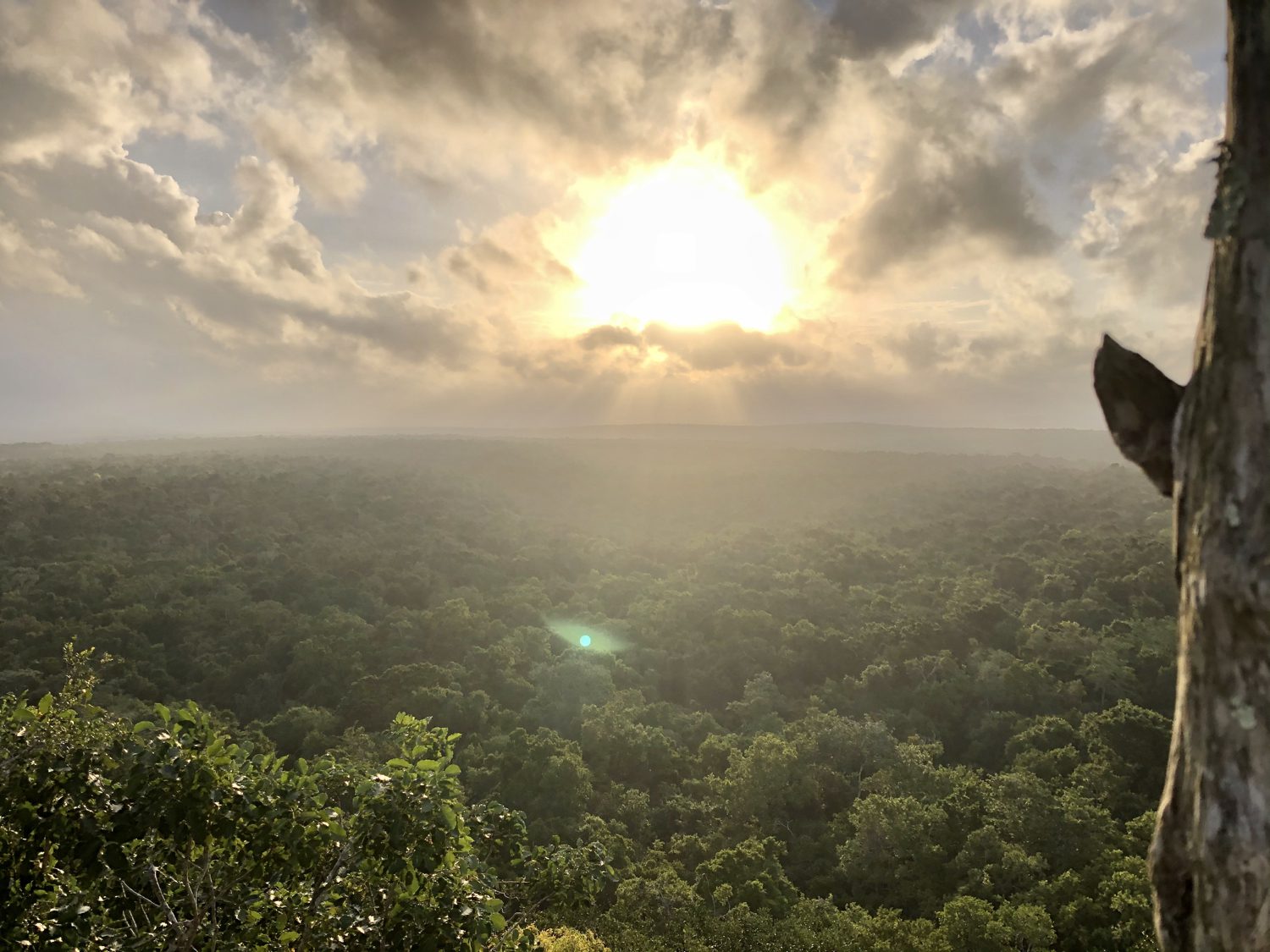 The adventure in the Guatemalan jungle was impressive. 100 kilometers of walking in the jungle and visiting El Mirador, the biggest Mayan site, was an experience to always remember. It felt like walking in the womb of Mother Earth, Pacha Mama, for five days.

I recorded some transmissions on several pyramids and even though it feels like second nature to me, I am still moved when magic happens. Portals are being opened while the sounds come through and ancient wisdom can flow into our collective consciousness again. I feel it in every cell. Mysterious things happen and I just know that the elements, Mother Earth and the ancestors are co-creating in the same moment.

A co-creation with howler monkeys
While I sat at the Garra de Jaguar pyramid, ready for the transmission, a howler monkey was watching me from a tree, 15 meters away. In silence. His glance was intense and I knew that in some way he was going to be part of the transmission. From the moment that the first sounds came through, the monkey started moving and his whole family appeared out of nowhere. All in silence. 15 or more, moving through the trees and surrounding me. After 5 minutes into the transmission, the monkeys settled in the trees and started to bring forth their part of the transmission. Immense deep and raw sounds echoed through the jungle and made the air vibrate like crazy. A shower of cosmic sounds combined with the loud growling and shouting of these black monkey masters... As soon as I felt that the transmission was about to end, the monkeys stopped their sounds and left 'the stage'. Leaving me vibrating in every cell in my body. What a co-creation. The ancestors had spoken through the monkeys...

Another moment of mystery
I was at La Danta, the highest Mayan pyramid (72 meters), with a 360 degree view of jungle. It was 5 o'clock in the morning, full moon and hardly any clouds in the air. Again the sounds wanted to come through, so I started to record a transmission. As soon as the sounds stopped, about '20 drops' of rain showered onto me and the tiny cloud swiftly disappeared again into nothingness.

These moments bring a big smile in my heart. It's such a wonderful sign that we are able to co-create with Mother Earth, the cosmos, the elements, our ancestors. It leaves me humble and grateful to be a part of this magical cosmic dance.